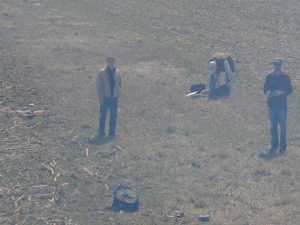 In July, the University of Missouri Drone Journalism Program recieved a letter from the FAA requesting that it cease all outdoor flight, director Scott Pham wrote on the program’s website.

The Drone Journalism Lab at the University of Nebraska-Lincoln received a similar letter. Both programs use unmanned aerial vehicles (UAVs) with attached cameras to record video and photography from the air.

Not much to add to the story, except perhaps two points.  The Federal Aviation Administration (“FAA”), under recent guidance, is requiring proponents of UAVs to obtain a Certificate of Waiver or Authorization (“COA”) in most applications.  Second, this story sheds light on a very interesting intersection of aviation and journalism.

Here is a recent report by Professor David Goldberg et al. that treats the issue.